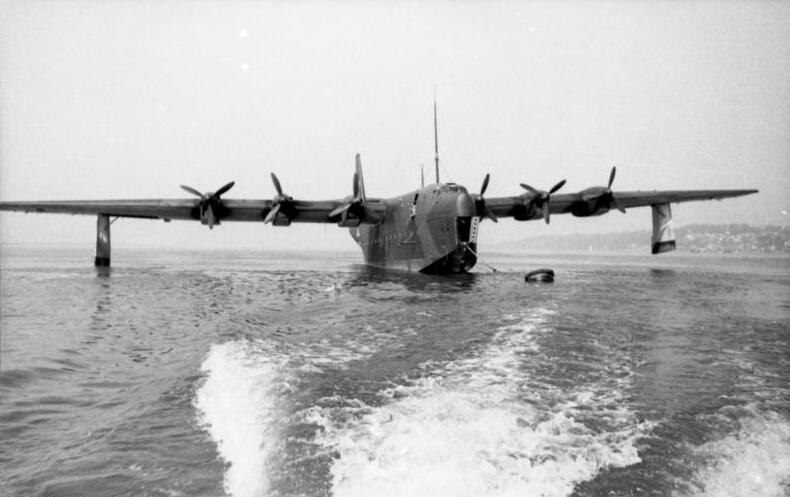 German Aerospace company Blohm & Voss designed the bulk of the Luftwaffe’s flying boats during the war, and as it progressed, the firm’s engineers designed more complex — and larger — flying boats. This eventually led to the BV 238, a massive aircraft that became the largest designed by the Axis Powers during the conflict.

Built in 1944, the company intended to offer it as a long-range transport aircraft. The Luftwaffe high command also considered using the plane as a long-range patrol bomber, as flight testing indicated that the plane was stable and could undertake its transport role very effectively.

But U.S. Army Air Corps pilots had a different view. Three American P-51 Mustangs happened upon the prototype as it sat docked at Lake Schaal. The floatplane was attacked by Lt. Urban Drew, who caused great damage to the BV 238’s fuselage. Before the aircraft could be saved by German engineers, it sank to the bottom of the lake.

Lt. Drew, meanwhile, became a legend for a while as he recorded the “biggest Axis airplane ever destroyed by an Allied pilot.”