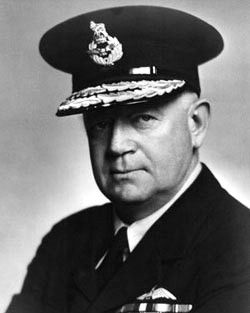 Stanley James Goble of Australia was accepted for flying training with the Royal Naval Air Service (RNAS) in July 1915. After graduation on 20 October 1915, he became a test pilot and began anti-submarine patrols out of Dover. He began flying missions with just three hours of solo flight experience.

Goble earned the Distinguished Service Cross for his actions on 24 September 1916 when he engaged a pair of enemy fighters near Ghistelles in West Flanders, bringing one of them down in a fiery nosedive. This was the first recorded Allied victory with a pilot flying the Sopwith Pup.

On 17 February 1917, Goble was awarded the Distinguished Service Order (DSO) for his “conspicuous bravery and skill” in three separate actions. In November and December 2016, he shot down two enemy fighters and forced a third to crash-land.

Goble finished the war as a major with 10 confirmed kills. He would go on to help form the Royal Australian Air Force and serve in World War II as chief of the air staff on three occasions, rising to the rank of Vice Air Marshal.

He stepped down as leader of the RAAF in early 1940 after clashing with the government over training he believed would be detrimental to the defense of Australia. Goble spent the rest of the war in Ottawa as Air Liaison Officer to Canada.